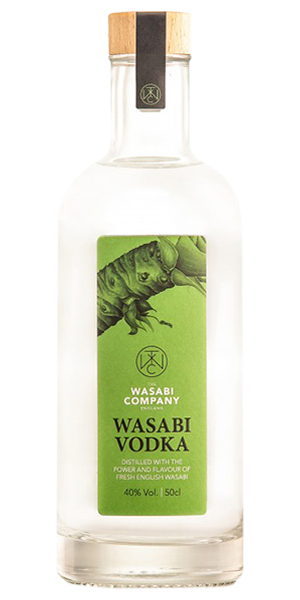 Wasabi Vodka£34
Wasabi Vodka is distilled with the power and flavour of fresh English wasabi. Small batch, capturing the flavour and fire of real wasabi.

We’re big fans of The Wasabi Company, and this vodka they produce with their very own, UK grown wasabi, is fantastic and the very essence of fresh wasabi! Bold brassica flavours of mustard and radish a balanced by sweetness with the volatile fire of wasabi shining through, and with high notes of star anise and pepper.

Distilled with the power and flavour of fresh English wasabi, this small batch vodka captures and releases the flavour and fire of real wasabi. Made with real wasabi and nothing else, it is no wonder the flavour and pungent heat is so fresh and powerful. With artisan distillers on-site and working their magic in The Wasabi Company’s old watercress bunching shed, it was only a matter of time before they joined forces to create this fantastic Wasabi Vodka. The result go way beyond anything expected.

Note: Small white crystals, formed from essential oils in the fresh wasabi, may appear in the bottle. They are harmless and do not affect the flavour. 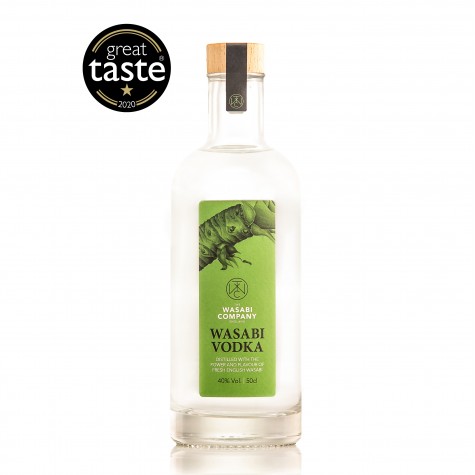