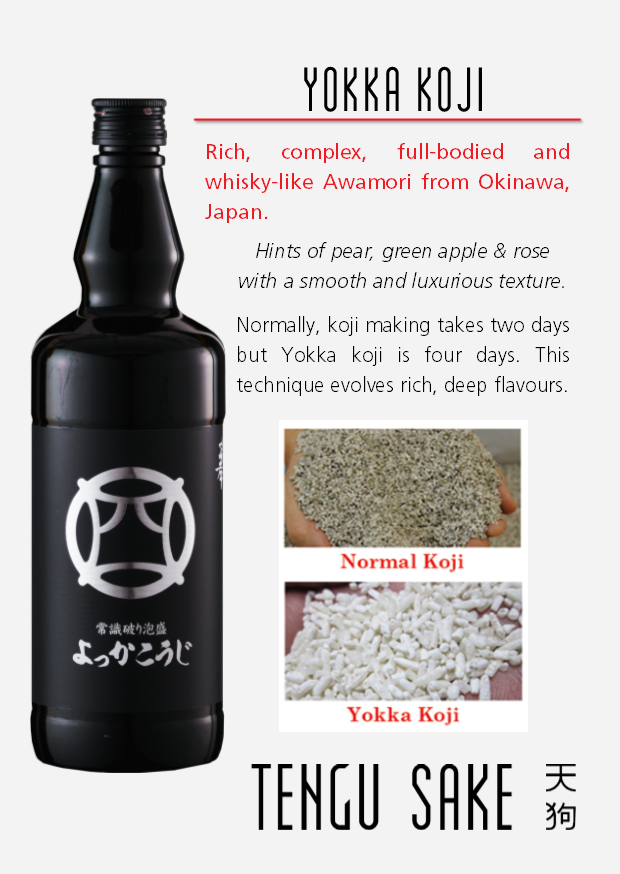 <– back to Spirits Page

Awamori is made from long grain Thai rice which is inoculated with black koji mould, fermented and then distilled, usually in a pot still. Yokka Koji is unique in that it takes four days (rather than the usual two days) for the critical koji-making stage. This results in a rich and layered awamori full of umami and complexity.

Hints of pear, green apple and rose with a rich body, a smooth, luxurious texture and a long, involved finish. Whisky-like.