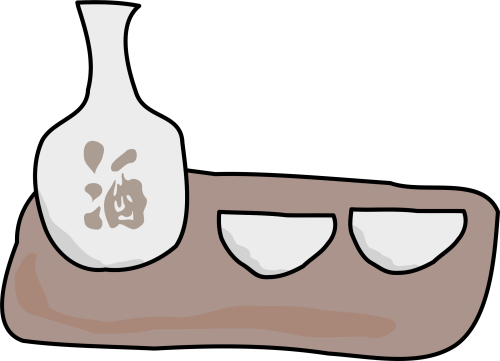 Sake will, of course, last longer when it is stored correctly.

The question of how long sake lasts is actually quite difficult to answer and, certainly, there are a few breweries experimenting with ageing and maturing sake longer than what we traditionally consider a ‘safe’ or ‘wise’ period. This process is distinct from koshu (intentionally aged sake for longer than three years) which tends to have rich and deep umami-led flavours, often they are quite sweet too. What I’m talking about here are brewers who are either maturing their sake themselves for prolonged periods of time (but generally less than three years) or designing the sake to be sold ‘fresh’ and then develop over time. Some brewers are even doing this with namazake (unpasteurised sake), some Muroka Nama Genshu (unfiltered, unpasteurised & undiluted) rather suit a bit of maturation!

Anyway, aside from those sakes – which, I hasten to add, are few and far between – most sake has a ‘best before’ but establishing that for each individual sake is difficult. There are, however, some general rules we can use to inform our predictions.

Of course this doesn’t mean sake cannot go bad and there are some distinct smells that are associated with this:

This is not an exhaustive list and there are plenty of other smells associated with ‘off’ sake. Most others are to do with the production process, however, not storage conditions.

Date on the bottle

Sake in Japan should have a date printed on it (but not always in UK). This will either be in the international format in YY.MM (年月) or MM.YY (月年) or in the Japanese format where the year is given as a two digit numeral relating to the number of years since the current Emperor came to power (the best way to know that is to google “Japanese calendar year 2017”, for example).

Nine times out of ten this is the date the sake left the brewery. It is never the best before date!

Generally, most sake should last about a year but factor in the general rules above. I’ve had futushu that’s been sitting around for two or three years with no ill-effects, similarly honjozo and even some junmai. Super balanced and perfumed junmai daiginjo, however, you’re going to notice the change earlier.

What about open sake? How long does an open bottle of sake last?

Sake is more favourable than wine when it comes to an open bottle. Again, follow the rules above and use about a week-and-a-half as your starting point. Super fruity sake, therefore, would come down (maybe to a few days); robust junmai more (say a few weeks to a month+); honjozo around the same.

It is important to not get too fixated on whether a sake is off or not the question is: do you like it? Also, don’t keep any sake you have around for a special occasion – drink it! Sure if your birthday is in a few month’s time it’s no problem but just try not to let sake sit around for ages.